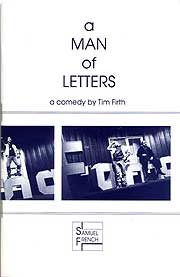 The English Speakers Circle is showing the play "A Man of Letters" written by Tim Firth, author o 'Calender Girls' on Friday 18 February 2011 at 7pm at the Weiterbildungszentrum, Hall 1, Bertha-von-Suttner Platz, Düsseldorf behind the main station.
An early one-act comedy written in 1991 about a northerner trying to put up large letters for a sign on the edge of a building. This author’s later feature film, Calendar Girls, went to British ‘number one’ and became the 7th most successful British film of all time.
Tickets available from Susan Jones 0211 3179322