This is what Fashion Week Daily has to say about the exhibition Catwalks at the NRW-Forum in Duesseldorf, Germany. 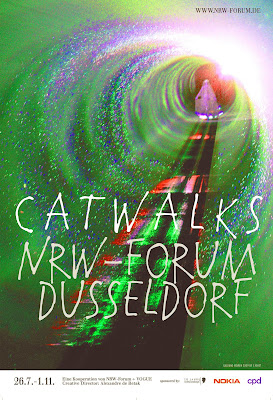 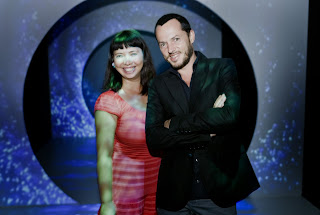 ©Bernd Ahrens Photography
Alexandre de Betak and Caroline in front of the John Galliano Ukranian Virgin Bride Show installation
Exhibition now over!
The new show at the NRW-Forum is Catwalks and what a spectacular exhibition this promises to be!
This show is about the theatre of fashion, which at the catwalk shows in Paris, New York and Milan is, for some designers, taking precedence over the actual fashion itself.
It is also an exhibition for everyone interested in multi-media and video installations. An absolute feast for the senses!
You, the visitor, will receive a headset on entry to this exhibition and will then actually walk the catwalk through nineteen of the most impressive fashion shows of the past thirty years. All around you will experience the catwalk shows by way of a 3D, multi-media installation.
The show has been designed by Alexander de Betak, one of the greatest directors in the fashion business, and is brought to you in partnership with Vogue.
U-Bahn Tonhalle/Ehrenhof The entrance to the museum is where the flags are opposite the park (Hofgarten). Don't walk as far as the main road facing the Rhine.
You enter the exhibition at your own risk. 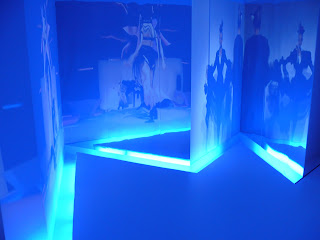 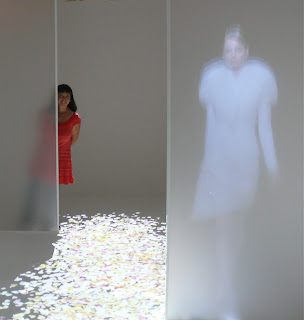 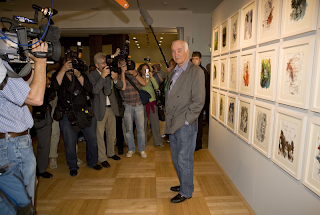 © Bernd Ahrens photography
There is an exhibition of the sketches and paintings of the veteran German actor Armin Mueller-Stahl upstairs at the NRW-Forum until 27th September. ARM is one of the few German actors who has made it big in Hollywood, last seen as Cardinal Strauss in Angels and Demons. An accomplished violinist, painter and drawer, AMS spent the breaks whilst filming his most recent work, an opulent costume drama from the 1920's of the Thomas Mann book The Budenbrooks, sketching over the screenplay. When the state of North Rhine Westfalia wished to give AMS an award one minister came up with the idea of giving this modest gentleman an exhibition at the NRW-Forum. AMS was moved to tears.
AMS's grand mother, mother and aunt were all artists. When naughty as a young boy, one of these 'house angels' would say "sit down" and they would sketch him with his sour face, capturing his screwed up eyes and nose and the very moment of rage or sadness. It was with such depth that the young AMS learnt to take in the world around him; no doubt this quiet observation has contributed much towards his enormous talent. He is a much-admired, and indeed, a much-loved actor.
If you visit the NRW-Forum on a Friday after 6pm, admission to both Catwalks and AMS will cost just €5.00. An absolute bargain! 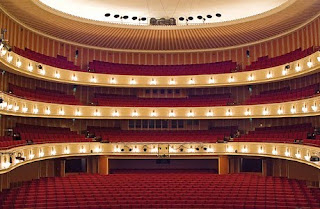 The Opera on the Rhine will open the new season with a gala performance of classic and favourite pieces embracing Verdi, Wagner, Offfenbach and Strauss at the Düsseldorf Opera House on Saturday 29th August at 8pm. In addition there will be a free live broadcast of this extra-special performance on the Burgplatz as part of a family day of Oper am Rhein für Alle. This will begin at 2pm and will include entertainment all day revolving around the world of opera. There will be short movies and video installations about the opera, quizzes and lounge and club sounds from the Clou Experience.

Of course, never missing from any German festival, the square will also be filled with gastronomic delights throughout the afternoon and evening.


In the Opera House the world class cast will include leading sopranos Deborah Polaski, Morenike Fadayomi and the acclaimed Wagner bass Hans-Peter König.
The gala will be hosted by one of Germany's most popular tv presenters Harald Schmidt.
This promises to be not only a spectacular day for all opera fans but also for anyone who has always wanted to know more about what happens in that grand, large white building at the Hofgarten.
RhineBuzz will be visiting the Opera again in the new season too. Details following soon.