As part of the supporting programme for Art & Alchemy at Museum Kunstpalast there will be a book presentation »Laboratories of Art. Alchemy and Art Technology from Antiquity to the 18th century« with Sven Dupré und Lawrence M. Principe.


Two outstanding experts share their insight into researching art and alchemy. A publication will be presented to the public that is the outcome of a symposium at the Max Planck Institute for the History of Science in Berlin in March 2013. The symposium was one of the foundations for the concept of the exhibition »Art and Alchemy – The Mystery of Transformation«.

Sven Dupré is professor of history of knowledge at the Freie Universität Berlin and director of the Research Group »Art and Knowledge in Pre-modern Europe« at the Max Planck Institute for the History of Science. He is scientific advisor to the exhibition »Art and Alchemy« and joint editor of its accompanying publication.

Lawrence M. Principe is Drew Professor of the Humanities at Johns Hopkins University, Baltimore, USA, and holds a joint appointment in the Johns Hopkins Department of Chemistry. He is among the foremost specialists on the history of alchemy. As scientific advisor he is a cooperation partner for the exhibition »Art and Alchemy«.

The exhibition Art & Alchemy has been over three years in the making and sends one on an intriguing exploration into how both scientists and artists have dealt with the idea of transition, creating something precious from something ordinary - from the medieval artist Dürer's view of what occurred when Eve bit into the apple, to Albert Einstein's recipe for alchemy to the psychoanalytical view of the early 20th century.

But what is this exhibition actually about? I think it is a little tricky to grasp at first, and of course the core idea deals with scientists and their often secret work in gloomy spaces but wonder around and you soon understand that the entire show is about us - human beings - and our constant search for change, the possible and the impossible, for the unknown and possibly for the unattainable.

The exhibition was conceived in collaboration with the Max Planck Institute for the History of Science in Berlin and experts from the Chemical Foundation in Philadelphia as a result of the very first conversation Museum Kunstpalast's director Beat Wismer exchanged with Dedo von Kerssenbrock-Krosigk who had departed the Corning Glass Museum in upstate NY to come to Düsseldorf's Hentrich Glass Museum as its new head, within the Museum Kunstpalast. Glass-making of course being such an everyday wonder that accompanies us everywhere - man took sand and made it into glass, and not just functional glass, the artists took this incredible material and turned it into the most splendidly stunning pieces.

Now, some years later, this vision has come true. Curated by Dedo von Kerssenbrock-Krosigk, the historical wing of the exhibition is crammed with wondrous pieces ranging from artistic interpretations of the biblical apple, and how its symbolism changed the path of mankind; the astonishing Ripley Scrolls from the late 15th century; pieces from the occult; a marvellous wonder cabinet that one could spend all day in; a set-up of a lab as it could have been found hundreds of years ago and was typical for many aristocratic homes; and numerous beautiful paintings and interpretations of alchemy.

Together with Beat Wismer, Anita Hachmann curated the contemporary view of the exhibition in a separate wing. This is bright, and full of future concepts including 20th century paintings by Max Ernst, interpreting his surrealists visions of the transition that takes place when male and female get together. Conceptual art plays a major role in this part of the exhibition and includes Josef Beyus 7000 Oaks from the Documenta 1982 and Marcel Duchamp's 'The Box in a Suitcase'.
The ideas never stop as you see Wilhelm Mundt's 'Trashstone' series, sculpture made from trash that is taped together, reformed, ground and polished to be transformed to beautifully tactile pieces to everyone's favourite eye catcher the exquisite 'The Chymical Pleasure Garden' an inviting installation incorporating carpet, salts and crystals, wasp's nest, wax, anti-wrinkle cream and, and, and, all connected and all influencing one another and actually changing, growing, transforming throughout the show ... a beautiful piece created in the museum especially for this exhibition by Gerda Steiner & Jörg Lenzlinger.

An exhibition that certainly deserves to be seen more than once.

The catalogue Art & Alchemy also comes highly recommended, it's a beautiful record of a universal subject.

b.19 Ballett am Rhein

The premiere of the Ballett am Rhein's b.19 last night was an exhausting experience - but tiring in the best sense of the word. I left the three performances of b.19, Antoine Jully's Hidden Features, Merce Cunningham's Scenario and Hans Van Manen's Grosse Fuge, saturated with deep impressions of colour in both a visual and emotional sense. 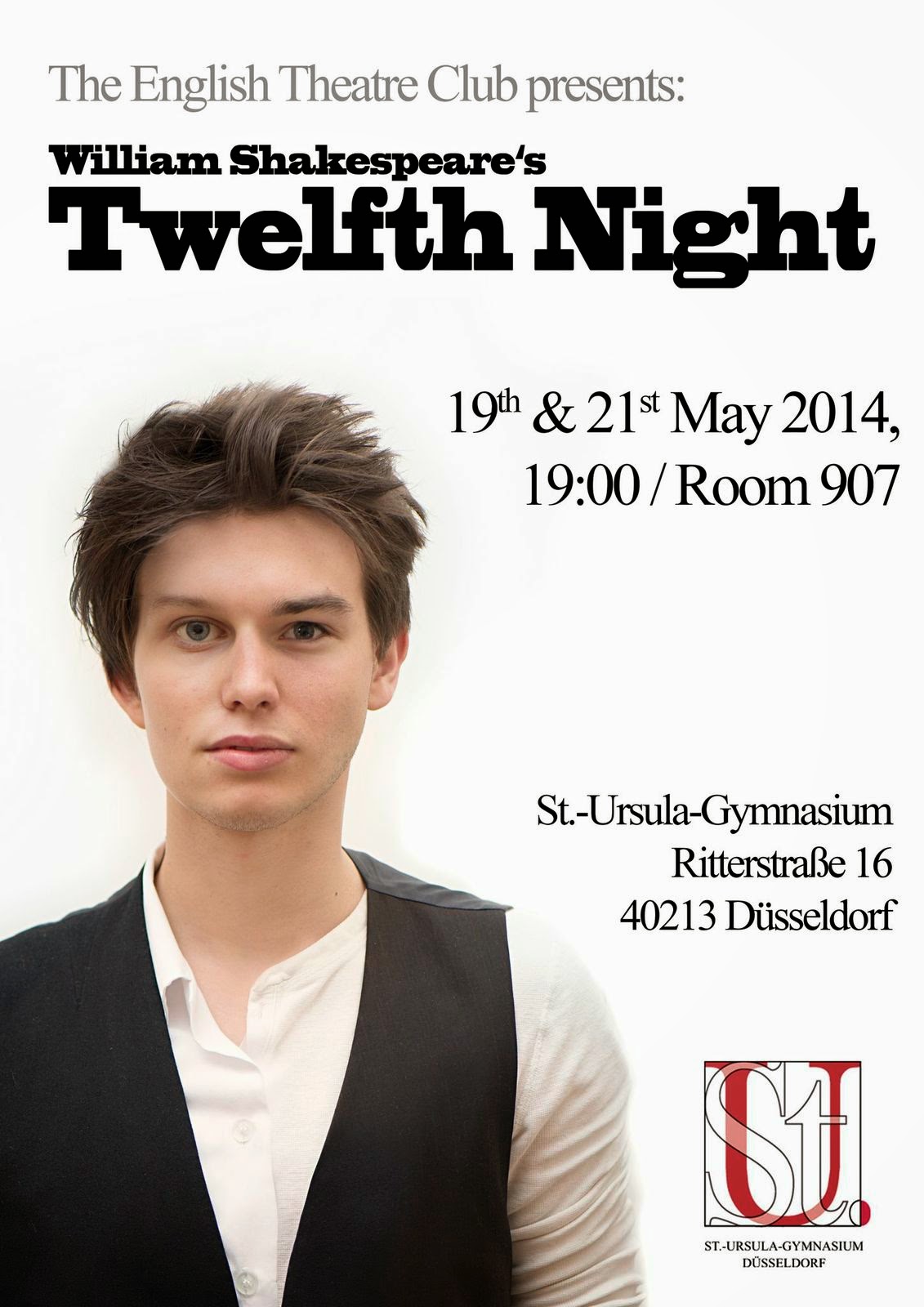 As part of William Shakespeare's 450th birthday the
St Ursula Grammar School is presenting this classic of the English theatre.
Tickets are just €2