Technovation Challenge is the world's largest tech and entrepreneurship challenge for girls and it's coming to Germany and is being launched in Düsseldorf!
The German website is here.

Already in 60 countries, Technovation encourages girls and young women aged 10-18 to become involved, in a most hands-on way, in entrepreneurship, engineering and coding.
Over 12 weeks they are asked to identify a problem in their community, create a business plan and build an app with MIT's App Inventor.

The 10 best worldwide are then invited to San Francisco to present their ideas and have a chance of winning $10,000 for the development of their apps!
I am thrilled to have been asked to take on the role of regional ambassador for Germany and will begin recruiting teams of girls from September 2015 to take part in the challenge into 2016.
The actual challenge can begin anytime from September 2015 to February 2016, the challenge must be complete by the end of April 2016.
Presentations in Germany will happen in early May, the World Pitch will be in the summer of 2016 in San Francisco.

Technovation is a free programme for all students who take part, supported by Google, INTEL and Adobe.
Distribution partners are UNESCO and UN Women.

Technovation Germany is supported by Verizon 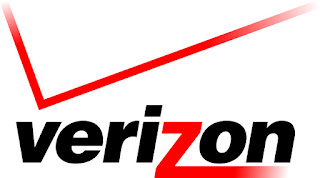 For the past few weeks I have been running around town, reaching out to all I think might be able to support this marvellous, and much needed, project.
The response has been overwhelming! Thank you to everyone I have spoken to for giving your time and networks so freely.
My personal, very special thanks to Pedro Custódio,  Cindy Voss, Beatrice Caston of the International School Düsseldorf, Hilde Moore, Danielle Schulte am Hülse, Dr. Karin Wilcke of Mein Berufsziel, Ann-Kartin Bogenstam, Yu-Ting Liu, Felicitas Hackmann, Markus Eckartz of The Rocket Scientists, Timo Beck of Yelp Düsseldorf and Mr. Düsseldorf, Kenn Shinabery of Behance NRW, Silke Roggermann of Gewäschhaus, Christiane Amini of Talent Schlüssel, Ton Zijlstra of Independent Thoughts, Uwe Kerkmann of Düsseldorf's Office of Economic Development, and just everyone who listened, and shared, and who will keep doing so.

But my biggest thanks - actually really don't know what to say - goes to Rune Køhler. Thank you for your kind, kind words. I will do my utmost best to make sure you are happy that you wrote that email :)

In the next few months I will be looking for coaches who would like to give their time to become involved in the challenge and pitch events. And of course I will be searching for girls aged 10-18 to recruit for the teams.
So please get in touch, whether you are a teacher, a student, a parent, a neighbour of a girl who could take part, a networker, members of the press, a company who could host a field trip - the Rheinbahn have been the first to offer to host, or simply a member of society who truly wants to make a difference.

Lots more to say ... so many people I am talking to right now ... it will all be coming up soon. Please 'like' the new Technovation Challenge Germany page I have just started and help spread the word.
I can't believe where RhineBuzz has taken me - but it is certainly all down to YOU! What a fine, brilliant community of very special people you are. It's a real privilege to be surrounded by so many great minds. Danke.

I have many reasons for taking on this project, one that will take most of my time the next year, but I leave you with these words that so very spoke to me the first days I began looking into Technovation from written by VC Ben Horowitz: 'The Future of Humankind is Dependent on Technovation Girls' for Forbes in 2012.